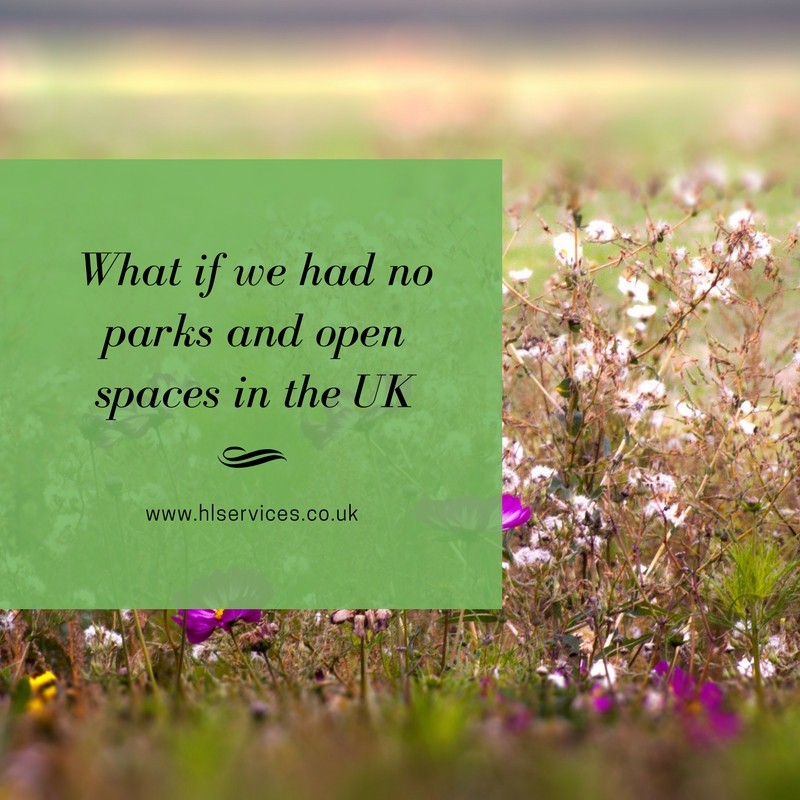 Poems and songs of great beauty have been written about the green and pleasant land that is known as the UK. Artists, both great masters as well as just those who dabble have painted some of the most well-known landscapes that epitomise the UK. However, the open spaces in the UK that the poets write about and the artists paint are slowing being removed from the green and beautiful Tapestry of the UK and only now are people waking up to this.

Since the growth of towns in the United Kingdom at the beginning of the Middle Ages the countryside has started to become less sprawling and the towns that are now cities are becoming vast. Cities that once had some of the largest inner city parks are encroaching on these parks and the suburbs are blurring into gigantic masses of bricks and mortar. If the current urbanisation of the UK is allowed to continue soon there will be no countryside and very few open spaces left.

What would it be like if there were no open spaces in the UK?

Open spaces and public parks are found all over the United Kingdom. They are hugely popular attractions with over 2.6 billion people visiting and using the spaces every year. However, these open spaces require maintenance and maintenance is costly thus cutbacks are happening and the quality of the parks is starting to suffer. In tough times and with a growing population, money that councils once put into the parks and open spaces are being diverted to other areas of need. To counter this local authorities are turning to other sources of funding such as the Heritage Lottery fund that is now considering stopping their Parks for People program. All this is not good news for the much loved and much used open spaces and parks across the UK.

Open spaces and parks are, for many people, the closest things to open countryside. With the vast majority of people living in large towns and cities these spaces are the places where kids can explore nature close to home, families and friends can picnic and workers can enjoy an alfresco lunch. For millions of people these places will be a huge loss. But it is not just that, open spaces play a much bigger role in cities and towns than many can imagine.

Firstly open spaces are green, fresh places where people can unwind, walk their dog and generally de-stress or just chill. They are some of the few places where people can kick a ball around and exercise safely away from traffic and some of the pollution. Open spaces create the space for leisure time and without them people would have to travel further, causing congestion on weekends.  Alternatively, people will simply have to find other things to do that may well eat into very tight household budgets.

Open spaces in cities are rural havens for wildlife and the spaces become the lungs of the city. The importance of these spaces for the environment cannot be underestimated. The trees breathe life into the cities in more than just one way and air quality will deteriorate rapidly if there were no more open spaces in the UK.

With no open spaces in the UK, ordinary lives for many could and would change dramatically. The general health of the population could take downturn due to a pure lack of fresh air and air quality taking a downward turn.  People would not be getting the exercise they want and truly enjoy and again poor health and mental health issues (exercise is a de-stresser) could become more prevalent.

Another factor to consider is that with no open spaces in the UK what would all those who work in the maintenance of parks and open spaces do for work? There are many jobs at stake should open spaces vanish or diminish. Yes, there is that fine balance between maintaining and affording the cost of maintaining open spaces to consider. However, the loss of jobs as a result of no open spaces could have a far wider reaching impact than many would believe. Open spaces and parks are a vital part of the UK way of life and if they disappear, more than a way of life would disappear.

Can the UK afford for these open spaces to disappear?  The answer is a clear “no” and it is time for you to speak out.